Scroll for pictures!
​
Day One: Friday, September 11-12
Walking out of customs at the airport, I was met by Averill and Yoie, two women who live in Sydney who my mom and I met while in Hawaii. We went straight to a beautiful restaurant called the Potting Shed at The Grounds. The restaurant was almost entirely outdoors so it felt like you were in the middle of an elaborate garden. There was refurbished furniture, light up signs with inspirational quotes, and even a few farm animals. It was the definition of an instagrammable place. I tried mulled wine for the first time and spent the night at Averill’s home in Mona Vale, a suburb in northern Sydney.

Day 2: Thursday, September 13
It’s funny to think that I’M the one with the accent here.

My first real day began with avocado toast and a walk to Mona Vale Beach. Most of the beaches here have swimming pools so people can swim without worrying about the waves and potential creatures lurking about. The sand was so squishy, significantly better than the rocky “beaches” in Seattle. On the walk back to Averill’s house, we stopped at a little coffee shop and I had my first coffee here. The birds here are loud with vibrant colors. I couldn’t stop taking pictures. Later that day, Averill drove us to Palm Beach to get lunch at a restaurant called the Boat House overlooking the water. We laid on the beach for a few hours as my brief moment of jet lag hit. I went into a supermarket to explore the vegan scene and discovered that the cheese I usually buy in the US for $5 was $15! EVERYTHING is expensive here.

I spent the evening celebrating the birthday of Averill’s son at his resting place. It was beautiful to see how loved he was.

Day 3: Friday, September 14th
Woke up bright and early at 6:30am to go on a 9 kilometer walk with Yoie. I can’t get over how diverse and amazing the wildlife is here. Cockatoos and turkeys are all over the place.

I went with Yoie and her family to an art gallery in Manly beach before going to lunch by the water. I rode to central Sydney on a ferry with one of Yoie’s cousins who helped me find the train to Central Sydney, where I got slightly lost and sweaty before finally finding my hostel. The staff at Wakeup! Sydney is phenomenal, they helped me set up my phone and find my bank. When I got to my room, I was disappointed to find that all 9 roommates were gone. This was the most homesick I felt because Seattle was sleeping and there wasn't anyone to talk to here.

I made the sad discovery that Netflix is different here and I don’t get to watch Friends anymore. A few of the strange things I’ve noticed so far are that the bathroom door closures twist and the doors don’t leave a crack, all the light switches are a different shape, and outlets actually have off switches.

Day 4: Saturday, September 15th
My attempt at sleeping in failed miserably. I got some coffee and walked to a vegan shop a few blocks away. The girl who I made friends with in my room and I decided to go to Glebe markets with the hostel. The market was similar to Pike Place in terms of what was sold, but wasn’t nearly as cool. It was 90 degrees so after finding some water (it isn’t free like it is in Seattle), we went to Bondi Beach. Bondi Beach is arguably one of the most beautiful places in the world. The water is an incredible bright turquoise, the pool is placed in a perfect location, and the sand is so soft! It’s what you imagine a beach town to look like.

The hostel had an event called “Frat Saturday,” AKA a beer pong competition. I went with my roommate but we lost our first game. We made some really cool friends with people from Denmark and France. Those two friends had made two other friends so we were able to have a great group of 6 hang out! By the end of the night, four of us had decided to go to the zoo the next day together.

Day 5: Sunday, September 16th
The ZOO! It was so exciting seeing the animals and going to the bird, sea lion and seal, and spider shows. The highlight of the zoo trip was watching a baby elephant cover herself in dust.

Day 6: Monday September 17th
I went with my roommate to pick up the car she rented and go to Featherdale Wildlife Park. She’s also used to driving on the right side of the road so it was a team effort in the beginning! Featherdale has been the highlight of my trip so far. I got to feed, pet, and play with so many different kangaroos. They were friendly and would try to grab the cup of food out of your hand. The small ones would grab on to your hands as they ate. I was in total awe. We also got to pet a Koala and I finally saw a wombat walk! They are much bigger than I expected. One of the wombats attracted a crowd as it scratched its butt on the side of the fence for a solid minute.

Looking for relaxing night, the group of friends that I met Friday and I played cards. It’s awesome how friendly all of the travelers are. Almost everyone I’ve met is traveling solo, which makes it really easy to make friends.

Day 7: Tuesday September 18th
I checked out of my hostel in the morning and made my way to Sydney Harbour YHA - The Rocks. This is the only hostel near the harbor and the only one that includes some of the historical archeological rock homes that used to be a part of Sydney. I walked over the Harbour bridge, down by the water front, through the botanical gardens, by the Opera House, and got a little lost in the middle of the city. No picture could ever do the harbour justice. Sydney is such a beautiful city.

A few weeks before I came to Australia, I met a girl named Danielle from New York on Facebook. After messaging for what feels like forever, we finally met tonight at a vegan restaurant! It felt like a little piece of home talking to someone else from the U.S. and being able to use Venmo to split our bill.

Day 8 : Wednesday, September 19th
I checked out of the Harbour YHA and in to a hostel right across from Bondi Beach. It was hot today so I immediately went to the beach and laid in the sun for hours. The water is still freezing from winter. A few friends from my first hostel came to Bondi Beach to hang out for the day. I went to the hostel event that evening and met a ridiculous amount of Americans. The vibe of this hostel was much more relaxed and laid back than the others.

Day 9: Thursday, September 20th
It was raining most of the day today and I could feel myself getting sick so I took it easy. After researching the travel desks and talking to a few people, I decided to work with the hostel’s company and planned out the next 6 weeks of traveling! It took a few hours, but was really exciting to choose what to do and where to go.

Day 10: Friday, September 21st
The hostel offered a personal training session at the beach. It felt great to have a really hard workout, my face hadn’t been so red in years.

I was still feeling sick so I played it safe and organized pictures and my travel plans. I went to the hostel event that evening to meet some more people and discovered that there were even more Americans there now.

Day 11: Saturday, September 22nd
There’s a famous coastal walk from Bondi Beach to Coogee beach so after I checked out of my hostel, I went walking. It took me a few hours because I stopped so frequently to take pictures of the strange rocks and beautiful landscapes. Everything in Sydney is just beautiful, no matter how many times I see places.

That evening, Danielle (the girl I met on Facebook) invited me to spend the night at her house and hang out with her boyfriend and his friends. I had a lot of fun meeting more people actually from Sydney and New Zealand. There’s so much slang I have to learn!

I saw my first spider outside and I swear it was at least 3 inches and had a sack. Creepiest thing I never wanted to see.

Day 12: Sunday, September 23rd
After a slow morning, I went to Starbucks (the second one I’ve seen the entire trip). I met Averill for dinner and then took an overnight bus to a surf camp near Byron Bay.

And that’s my first 12 days here! It’s an amazing place and everything is going better than I imagined. There’s been times that I really miss home, but it’s exciting to be meeting people from all over the world and learning more about Australia. 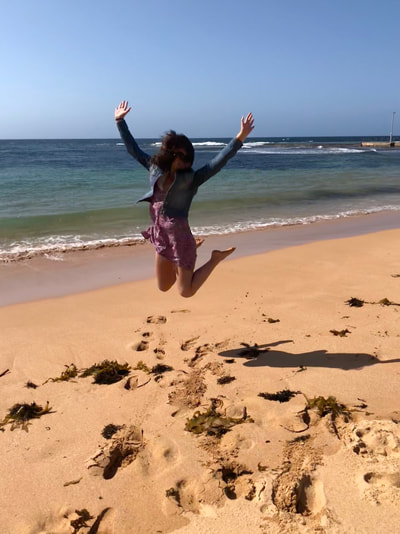 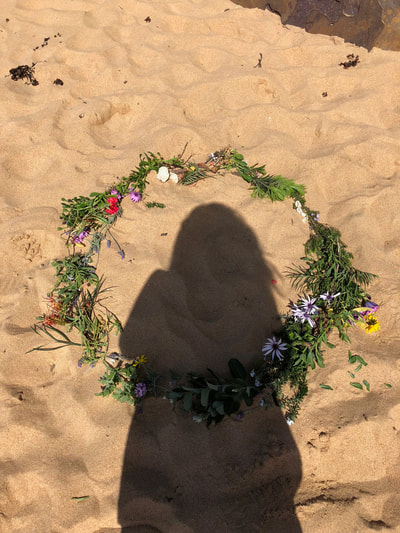 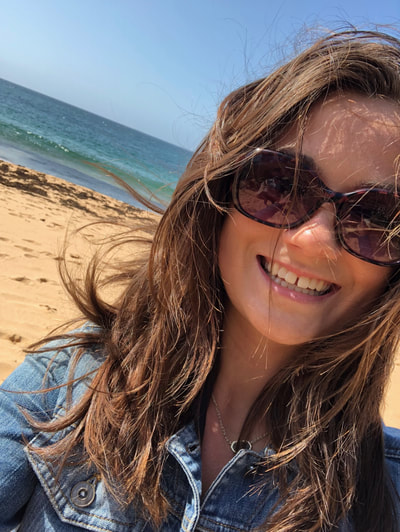 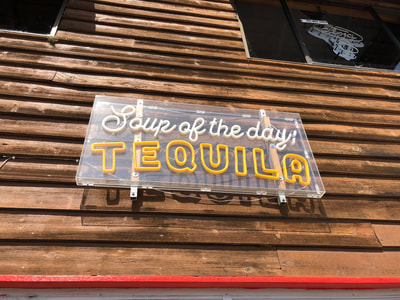 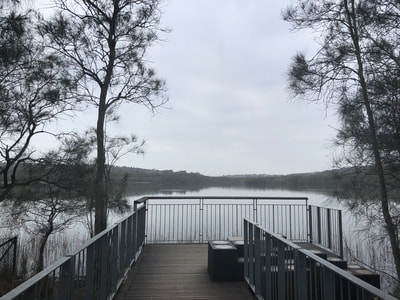 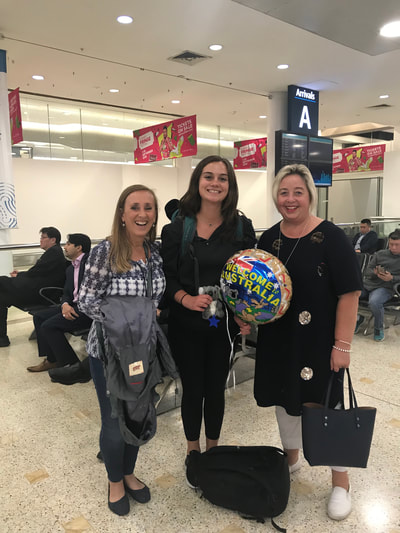 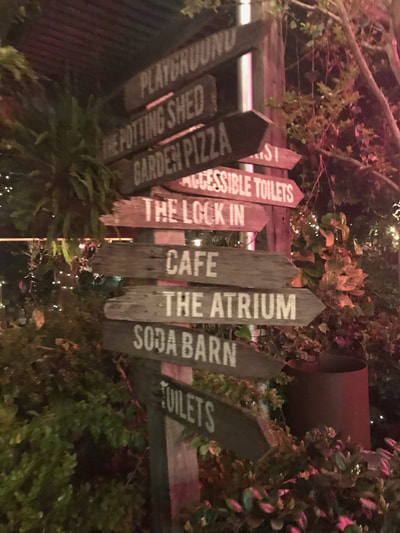 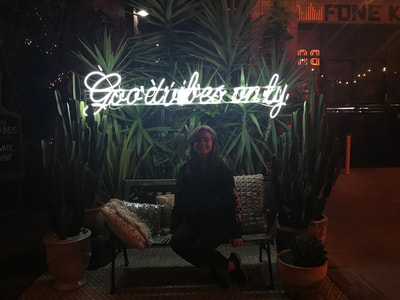 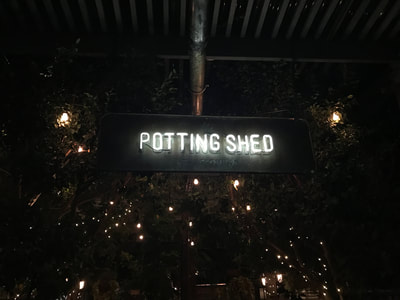 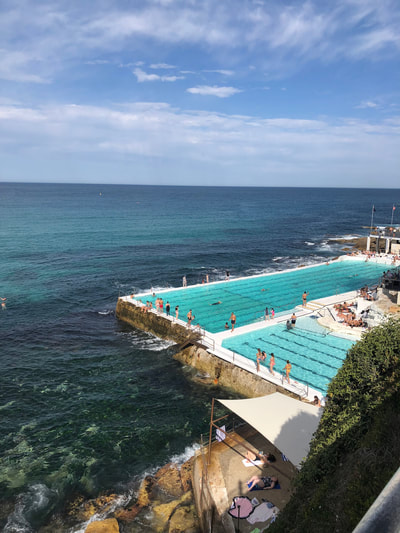 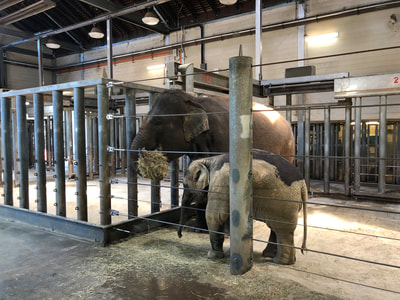 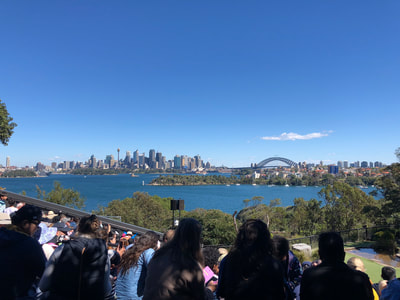 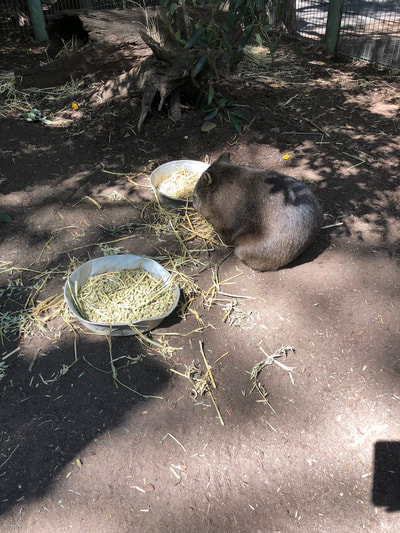 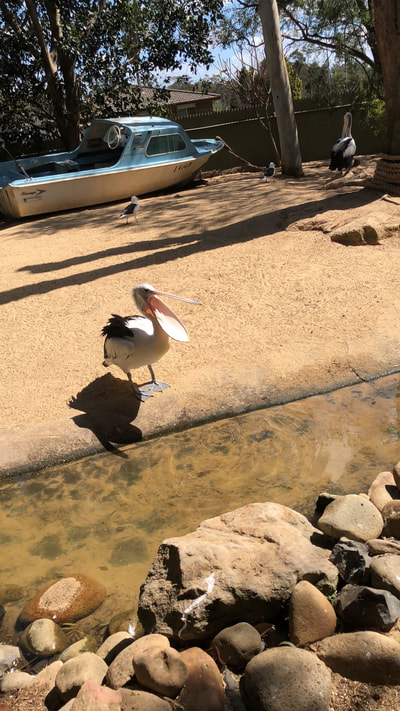 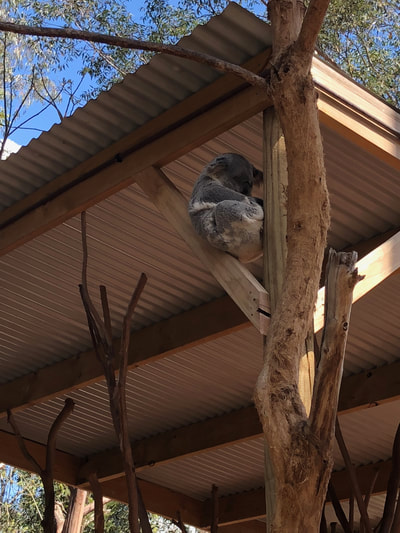 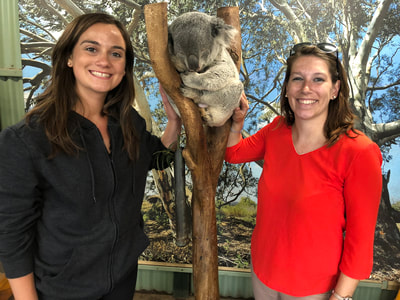 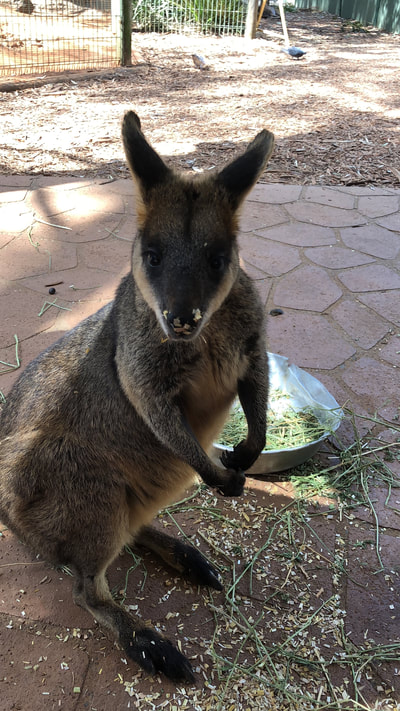 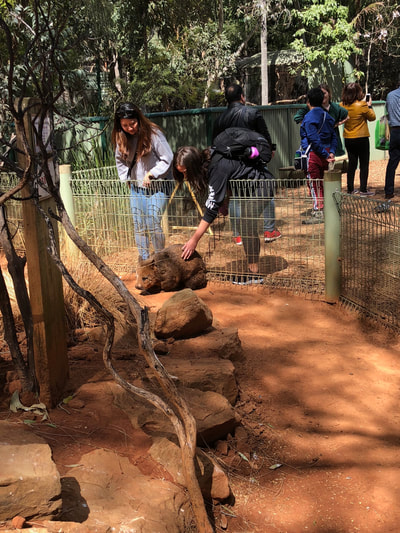 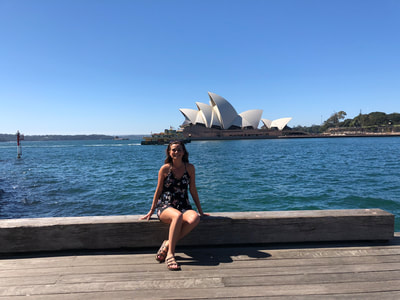 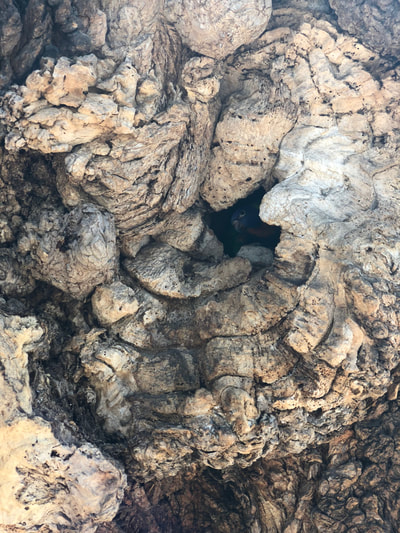 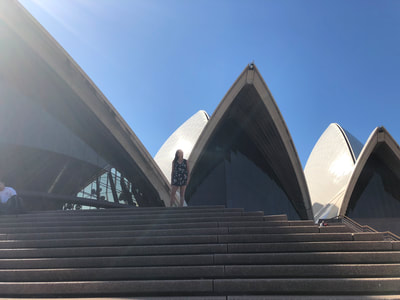 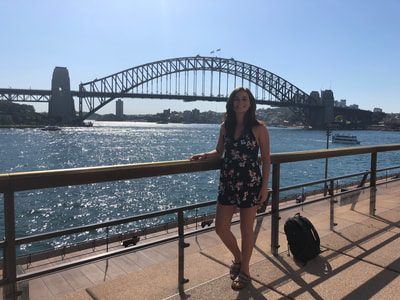 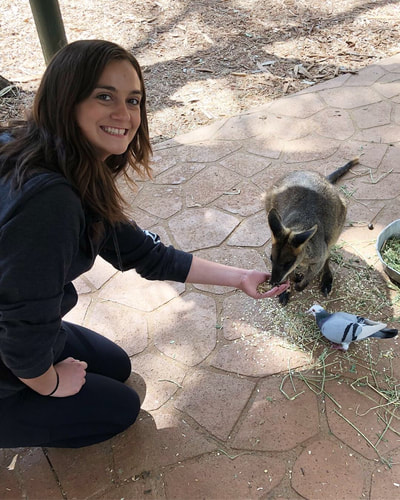 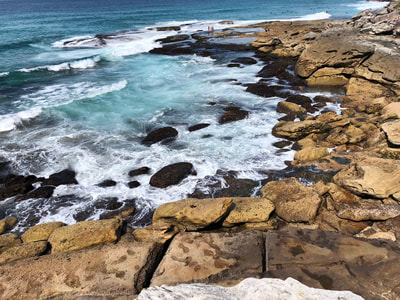 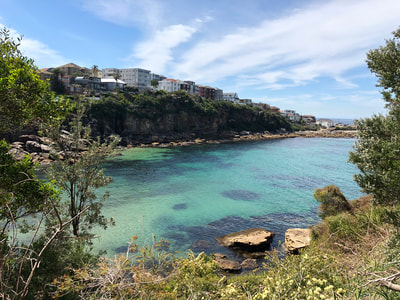 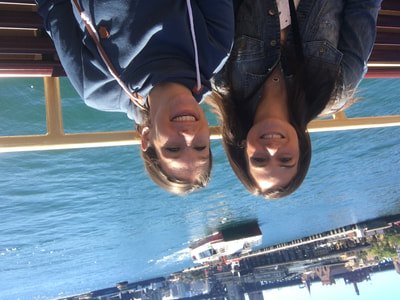 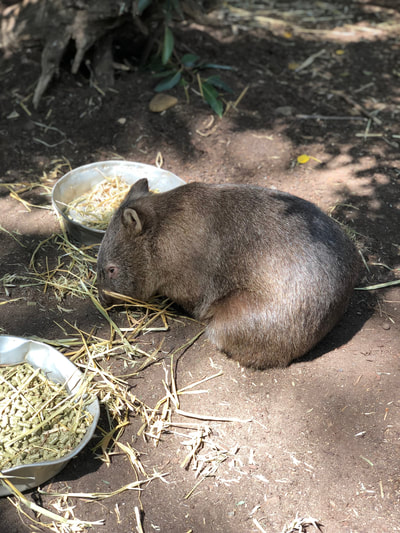 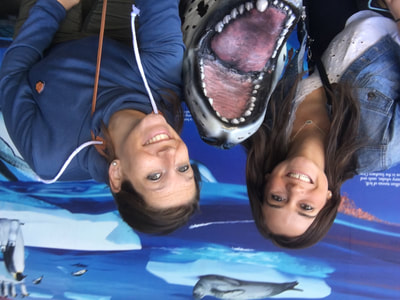 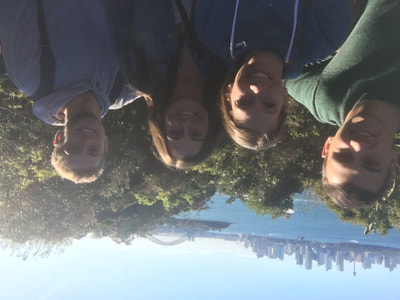